Today I have a cover reveal and special for you!

Laramie Porter has tried to get her drug-addicted brother help, but he’s refused every time. When Laramie finds his wife—and her best friend—murdered, she vows to have him convicted. Before she can flee, her brother takes Laramie and his wife’s body into the mountains and throws them from a cliff. Somehow, Laramie lands on a ledge. After what her brother has done, Laramie doesn’t want to ever believe in another man, but Derrick earns her trust when he protects her from the man who would see her dead.

To cover up the evidence of his crime, Lawrence starts a wildfire.

Derrick Garrison is through with women after he learns his ex-wife was a bigamist who only wanted his money. Believing a lightning strike has started a wildfire, he’s pushing his cattle out of harm’s way when he discovers a woman huddled on a cliff side. Derrick can’t believe the same sheriff who helped bring his ex to justice murdered his wife. But when the cocaine addicted lawman tracks Laramie through a raging fire, attempting to kill them both, Derrick becomes a true believer. His protective instinct kicks in and he falls in love with the woman in danger.

Together, they survive the fire, the attempts on their lives and a bounty on their heads…to see justice served. And fall in love. 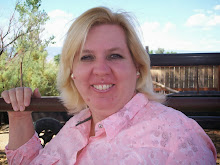 Falling in love with romance novels the summer before sixth grade, D’Ann Lindun never thought about writing one until many years later when she took a how-to class at her local college. She was hooked! She began writing and never looked back. Romance appeals to her because there’s just something so satisfying about writing a book guaranteed to have a happy ending. D’Ann’s particular favorites usually feature cowboys and the women who love them. This is probably because she draws inspiration from the area where she lives, Western Colorado, her husband of twenty-nine years and their daughter. Composites of their small farm, herd of horses, five Australian shepherds, a Queensland heeler, two ducks and cats of every shape and color often show up in her stories!

Criminal defense attorney Veronica Winters always wondered what it would be like with sexy former detective Trace Rooks. Even though he’s an ex-convict now, because of her, she still wonders. Ronnie has always felt damned guilty for recommending a plea deal that sent an innocent man to jail. When she finds out he’s back in jail and a friend asks her to question him about the situation, Ronnie thinks she might finally have the opportunity to set things right with him.

At the jail though, she finds a changed man she almost doesn’t recognize. The scars on the outside are nothing compared to the scars he bears inside. Instead of the charming, easy going man she represented four years prior, his attitude now is as hard as his body. But she finds out the new, edgier Trace Rooks turns her on even more than the man she knew before. Trace Rooks, would love nothing better than seeing the Shark Lady get her due for sending him to prison unjustly. He would make sure Ronnie Winters eventually got hers, but at the moment, he had other priorities. Like taking down his corrupt father. The man who had paid off the woman touted to be the best criminal defense attorney in the state to help send him to prison.

When Ronnie shows up at the jail asking questions, Trace isn’t giving her anything except a hard time. He believes she’s there on his father’s behalf again, and there is no way in hell he is falling for her lines again. Trace was a man that learned for his mistakes, and trusting Ronnie Winters had been the biggest of his life.

But when Ronnie doesn’t get the answers she wants from him, she starts digging around on her own. Trace knows that can get him killed or sent back to prison again. He decides that the best thing he can do is heed his grandfather’s advice to keep his friends close and his enemies closer. He isn’t sure which camp Ronnie Winters falls into yet, but he’s going to keep her close until he figures it out.

Maybe he could get the answers he’d been looking for the last three years. If not, he could at least get his pound of flesh from the mouthy, leggy redhead every man in Texas was afraid of. Trace wasn’t afraid of Ronnie Winters, but he quickly finds out he isn’t immune to her either. When that leads to thinking he might just have misjudged the beautiful redhead before, and perhaps there was more to her than met the eye, Trace knows he’s in deep trouble.