Today I’m over at Tempeste O’Riley’s blog talking about our youth. First off, I’d like to say a huge thank you to the coordinators and all the authors and bloggers participating in this years Hop! Tempe has been kind enough to allow me a day on her blog to join in the Hop, so thanks.

Youth suffer in silence so often; either due to fear, confusion, or abuse. So many of the youth that are homeless across this and many other countries are LGBTQ, because it was too horrible to stay in the abusive home, or because that home… the parents that should love unconditionally, threw them out for not being what they wanted them to be.

To check out the post and enter to win… visit: http://tempesteoriley.com/hop-against-homo-bi-and-transphobia-reaching-out-for-our-youth-by-guest-author-ine-p-massie/

Hunter Wolfe is a highly paid Las Vegas escort with a face and body that have men salivating and paying a great deal for him to fulfill their fantasies. He keeps his own keeps and doesn’t share, not that they matter.

Grant is an elementary school teacher and works miracles with his summer school students. He discovered his gift while in high school, tutoring Hunter, a fellow student. They meet again when Hunter rescues Grant in a club. Grant doesn’t know Hunter is an escort or that they share similarly painful pasts involving family members’ substance abuse.

After the meeting, Hunter invites Grant to one of the finest restaurants in Las Vegas. Hunter is charming, sexy, and gracious, and Grant is intrigued. With more in common than they realized, the two men decide to give a relationship a try. At first, Grant believes he can deal with Hunter’s profession and accepts that Hunter will be faithful with his heart if not his body. Both men find their feeling run deeper than either imagined. For Grant, it’s harder than he thought to accept Hunter’s occupation, and Hunter’s feelings for Grant now make work nearly impossible. But Hunter’s choice of profession comes with a price, which could involve Grant’s job and their hearts—a price that may be too high for either of them to pay.

END_OF_DOCUMENT_TOKEN_TO_BE_REPLACED

Add to TRL on Goodreads

Club owner Harry Klinger has had his eye on Tristan Martin for months, but never had the nerve to approach him. He’s watched as Tristan dated Eddie and then reluctantly sat on the sidelines during the emotional breakup when Tristan discovered Eddie was dealing drugs. Now that Tristan seems to be healing, Harry hopes to get his chance.

When Eddie sends his men into Harry’s club to harass Tristan, Harry steps in to help. Tristan is reluctant at first since he admittedly has terrible taste in men, but Harry seems genuine, and Tristan can’t help but think Harry’s sexy as well and begins to hope for happiness for both of them.

Unfortunately, Eddie isn’t behaving rationally, sampling too much of his own product. With his determination to take Tristan back, it’ll take more than Harry’s help to keep Tristan safe as Eddie ratchets up his attempts to get what he wants.

END_OF_DOCUMENT_TOKEN_TO_BE_REPLACED

At the heart of Astosen, the city of Dein Astos stands as a bulwark for the free world, always on alert to battle Valania’s attempts to bring the republic under continental dominance. Sophisticated and diverse, driven by magic, money, and information, this city of magi teems with tea houses, government agencies, exclusive clubs and risky districts.

Alexander Locke, a great Magi Knight and the hero of the republic, lies dead. His daughter, Zia Locke, reluctantly rises to power, unaware that her father may not have died of natural causes, as everyone believes.

That is, until she is artfully maneuvered into meeting the mysterious and abundantly self-assured Grayson Kearney. A keen judge of character and cunning magus, Grayson rocks Zia’s world in more ways than one as he helps tear away the veil of ignorance from her eyes. From lifelong friends to sworn enemies, the new leader of the House of Locke is discovering that anyone could be the next to betray her. What Zia needs is a good intelligence officer at her side. But when everyone has a hidden agenda, can she truly place her trust in Grayson?

END_OF_DOCUMENT_TOKEN_TO_BE_REPLACED

While planning a future with his partner, Val, Wyatt’s past refuses to be forgotten. Wyatt’s old friend asks him to look into the mysterious death of her uncle in a fire back in 1927, when men were silent, tough, and did not love other men—except when they did. Working with Val, Wyatt digs up clues uncovering the truth behind the tragic school fire and the one responsible. The story of Tom and Philip slowly reveals itself, and Wyatt and Val realize nothing is as simple as they originally believed. As their trail heats up, an old enemy of Wyatt’s decides he’s waited long enough for revenge. If Wyatt can’t tie everything together, history might repeat itself.

END_OF_DOCUMENT_TOKEN_TO_BE_REPLACED

Officer Red Markham knows about the ugly side of life after a car accident left him scarred and his parents dead. His job policing the streets of Carlisle, PA, only adds to the ugliness, and lately, drug overdoses have been on the rise. One afternoon, Red is dispatched to the local Y for a drowning accident involving a child. Arriving on site, he finds the boy rescued by lifeguard Terry Baumgartner. Of course, Red isn’t surprised when gorgeous Terry won’t give him and his ugly mug the time of day.

Overhearing one of the officer’s comment about him being shallow opens Terry’s eyes. Maybe he isn’t as kindhearted as he always thought. His friend Julie suggests he help those less fortunate by delivering food to the elderly. On his route he meets outspoken Margie, a woman who says what’s on her mind. Turns out, she’s Officer Red’s aunt.

Red and Terry’s worlds collide as Red tries to track the source of the drugs and protect Terry from an ex-boyfriend who won’t take no for an answer. Together they might discover a chance for more than they expected—if they can see beyond what’s on the surface.

END_OF_DOCUMENT_TOKEN_TO_BE_REPLACED 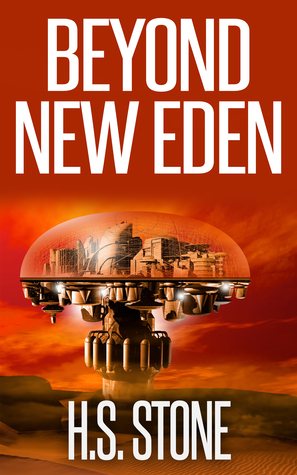 Eve 142 has lived her entire life in the domed city of New Eden, home to the only surviving humans after the War. Like all of the inhabitants of New Eden, Eve 142 is a clone. Together with the other clones, dubbed the Adams and the Eves, she leads a safe, predictable existence. However, Eve’s life changes when she causes a tragic accident to befall one of the Adams. As retribution, she and her counterpart, Adam 142, are banished from New Eden. At first, Eve 142 considers their punishment a death sentence because she grew up believing the world outside the dome was uninhabitable. She is wrong. Forced to live in the Wastelands, Eve and Adam discover many new truths about the outside world and, more importantly, the truths about themselves.

END_OF_DOCUMENT_TOKEN_TO_BE_REPLACED 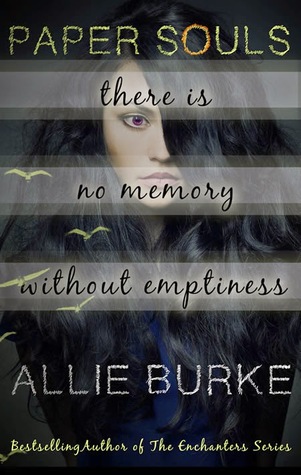 The question is: which one will she choose?

Never romanticizing what it means to be a twenty-something schizophrenic in a world broken by normalcy and half-baked fairytales, Allie Burke’s latest novel unites Emily and her world at large spanning from the streets of Russia, to the sheets of her bed, to the idiosyncratic comfort she gets from worlds that don’t exist at all.

Woven with angst and darkness, bursting with heartache, Paper Souls tells of the irreparably damaged and broken, and how they survive.

END_OF_DOCUMENT_TOKEN_TO_BE_REPLACED Ice slid down the mountainside on the ground she’d frozen beneath her feet and came to a stop at a crossroads. The road to her left led to another town. She could see the spires of buildings not too far away and people riding or walking toward them. Or, she turned to face the road in front of her, she could continue on her current course until she came to another town or another crossroads. She’d wandered the world for centuries searching for her people, a race of elementals, or a place to settle, only to find sooner or later something forced her to leave, by her own will or that of others.

It had been awhile since she’d been around people for any length of time, and it would be nice to stop and have a little company, even if only for a day. The temperature of this land seemed moderate, neither too hot nor too cold. If she stayed long enough, that would change. The wind shifted and the salty scent of the sea reached her from the direction of the town.

Arch had left the others back at the boarding house. He didn’t want to draw any more attention to himself than necessary. Even if he kept a

low profile, he knew sooner or later, mostly sooner, his father’s goons would catch up to him. He’d lost track of how long he’d been running, fighting and running again to keep the demons at bay. With each one he killed, it took him one step closer to what his father wanted him to be. A clone of himself. Damn it all, he didn’t choose to be a prince of hells. His birth, not his doing.

His father, Abadone, didn’t rule the realms as the devil’s right hand because he was a fucking nice guy. He expected, demanded, his son to follow in those footsteps. Not gonna happen.

Yet, with each kill of one of the guardians Abadone sent after him, Arch took on the dark powers they possessed within himself, from the souls he defeated.

END_OF_DOCUMENT_TOKEN_TO_BE_REPLACED Doctor How’s famous megalomaniac brother Doctor Who sold his fictional life story to the BBC half a century ago, painting himself as a lone hero. Disillusioned, their four cousins dropped out. For fifty years, Doctor How has held the line against the forces of darkness and stupidity. And he’s not that happy, since you ask.

Illegal aliens try to hack How’s Spectrel (TARDIS is a very rude word where he comes from), just as he suspects his estranged cousin Where has been compromised. When reports come in of mysterious attacks by alien creatures, Doctor How has to rely on his new companion Kevin, a petty criminal from south London, and Trinity, a morphing super-predator, as he counters this threat to humanity’s existence. Bungling agents from MI16, long desperate to capture the Time Keeper’s technology, hamper How’s efforts to combat the alien menace. Can Doctor How keep ahead of MI16, save Where and combat the alien threat?