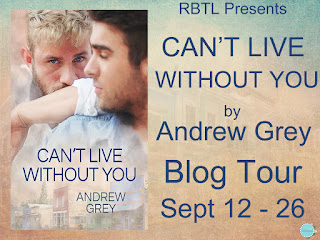 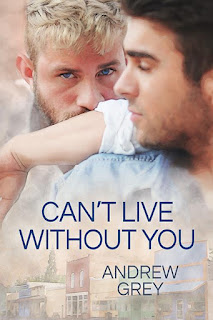 Justin Hawthorne worked hard to realize his silver-screen dreams, making his way from small-town Pennsylvania to Hollywood and success. But it hasn’t come without sacrifice. When Justin’s father kicked him out for being gay, George Miller’s family offered to take him in, but circumstances prevented it. Now Justin is back in town and has come face to face with George, the man he left without so much as a good-bye… and the man he’s never stopped loving.
Justin’s disappearance hit George hard, but he’s made a life for himself as a home nurse and finds fulfillment in helping others. When he sees Justin again, George realizes the hole in his heart never mended, and he isn’t the only one in need of healing. Justin needs time out of the public eye to find himself again, and George and his mother cannot turn him away. As they stay together in George’s home, old feelings are rekindled. Is a second chance possible when everything George cares about is in Pennsylvania and Justin must return to his career in California? First they’ll have to deal with the reason for Justin’s abrupt departure all those years ago.

The importance of world building and character development in stories?

Both world building and character development are essential in romance. Contemporary stories require less world building than most kinds of romances because much of that world the readers already know. However, we must still set the scenes and build the piece of the contemporary world where our characters live. Is it an affluent suburb or a slum? What does it look like, smell like, feel like. We can set a book in our home town, but not everyone knows how that town looks and feels.

Character development is essential for a romance. It’s why most of our readers pick up romances. They want to fall in love with our characters and to do that they have to get to know them closely. So the big things are important, personality, temperament, looks, etc. But little things are important as well, they make the characters fell real to us rather than simple flat stereotypes. Romances are built around the characters, so that’s usually where I start.

Andrew grew up in western Michigan with a father who loved to tell stories and a mother who loved to read them. Since then he has lived throughout the country and traveled throughout the world. He has a master’s degree from the University of Wisconsin-Milwaukee and works in information systems for a large corporation.
Andrew’s hobbies include collecting antiques, gardening, and leaving his dirty dishes anywhere but in the sink (particularly when writing)  He considers himself blessed with an accepting family, fantastic friends, and the world’s most supportive and loving partner. Andrew currently lives in beautiful, historic Carlisle, Pennsylvania.
Amazon Author Page | Barnes and Noble Page | Dreamspinner Press | iBooks Page
Facebook | Facebook Group All the Way with Andrew Grey
Goodreads | Twitter | Website
For Other Works by Andrew Grey
(Please Be Sure To Stop by His Website to See All of His Works)