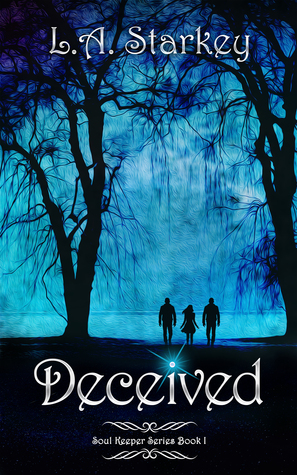 They say a soul is the immaterial essence, the animating principal, the actuating cause of an individual life.

But what if you had to share yours with the one person you hated the most?

The soul mate principal states that for every one soul there is another that will recognize its match, hence creating the perfect union.

But what if you had two soul mates, which would you choose?

What if your choices had eternal ramification?

Deceived, the debut novel in the Soul Keeper Series, is a modern day love story about the implications of having more than one soul mate, and having to choose between the two of them. The decisions of the gods has left the next generation, their heirs, torn between fate and reality, and the balance of the future hangs in anticipation of what’s to come.

How to create a well-rounded, believable character

I think for me, as a reader, the necessity of having well-rounded believable characters that capture my heart, my attention, or my hormones is vital. Reading a book where you just don’t like the main character is honestly painful and not something I can hang with for too terribly long.

One of the best tools I’ve found in creating a good character is to sketch him or her out from the beginning. Let me give you an example from my own debut novel, Deceived.

Appearance: Deep blue eyes, black shoulder length-hair (straight), around 5’8’’. Athletic build with curves where needed, but not overtly feminine. No physical markings on her body other than the infinity symbol she receives throughout the book.

Personality: Sam has a sardonic sense of humor and keeps a pretty negative outlook on things. She allows very few people to get close to her heart and even though she fights it, she wants love more than anything else in the world. She’s a bit cocky about basketball and put-off by having to do anything she doesn’t want to do.

She is uber smart at mathematics (like me!) and loves to eat southern cooked meals.

Backstory: She is an orphan and her backstory will slowly unwind. She’s the daughter of Pandora and her father isn’t know – nor may he ever be. Figure this out? She was adopted at 14-15 by the Parkers and dislikes her little sister Megan, but not as much as the readers might first believe. (this goes on as I figure it out too!)

Notes: (these I fill in as I go – things I need to remember) Sam’s an orphan and has no one in her life really but Julie. She has issues with intimacy because she feels like loss is inevitable. She’s got special abilities that I need to bring out in book 2. (List goes on and on as I write)

You could add a million more categories, but the idea is that if you start with the sketch you’ll know where you are headed and it will help you remain consistent in your application of that character, their looks and personality.

Another thing is that I always attune the character to someone in my own life. It’s easier to press attitudes, characteristics, sayings and come backs into the script if the character is mimicking someone you are around a lot. This isn’t a must by any means, but it sure makes things easier in my opinion.

For me, Samantha, noted above, is a mix of my two teenage daughter, Katelyn and Allison and me. She has a mixture of their personalities, their humor and is involved in the things my girls are involved in.

Brent, in my story is mirrored after my little brother, and where I took liberty making the character more of a playboy (not much more) than my brother, nothing brought me more joy or sadness than to see the character come to life and experience various situations/scenarios.

Lastly… do you like your characters? All of them? Is there a richness to them that makes them authentic and real or could you say to yourself, “That’s so farfetched. No one I know is like that.” This doesn’t mean that some of them won’t be more difficult to write than others, but it does mean that in order to have a well-rounded character, we have to step back and assess how each one of them speaks to us and whether or not we’d want to know them, smack them or throw them off a cliff.

Hope that helps! It’s a trick I use for my characters and I can honestly say that I like and even love all of them.

He stopped just before her, his gaze locked on hers, and try though she may words escaped her cry for assistance. His piercing jade eyes bore into her, dark orange rays stretching lazily from the iris, his skin seeming to glitter as if kissed by the sun.

“I’ve been waiting for you.”

“For me?” Sam blinked in surprise, taking a hesitant step back.

“Ah, Samantha,” he breathed out, his brow creasing ever so slightly. “Same questions every time, my love. Shall I give you the same answers?”

“W-what a-answers?” She shook her head, attempting to draw in a breath that wasn’t filled with the smell of pure male.

There would be no relaxing in front of him for something was so very familiar and yet alarming to all of her protective senses. Brick by brick, her heart constructed a thick wall that would promise protection. He took a step forward and reached for her hand, but was a bit too late to infiltrate her senses as the wall was up and impenetrable.

She exhaled softly as their skin connected and instinctively let her fingers wrap around his as a sign of friendship. The warmth of his touch sent tingles racing along the corridors of her body and yet still the cold loneliness remained because she demanded it so. No one would ever penetrate her defenses again. Self-preservation had become her lifelong companion simply because life required such company.

One randomly chosen winner via rafflecopter will win a $50 Amazon/BN.com gift card. 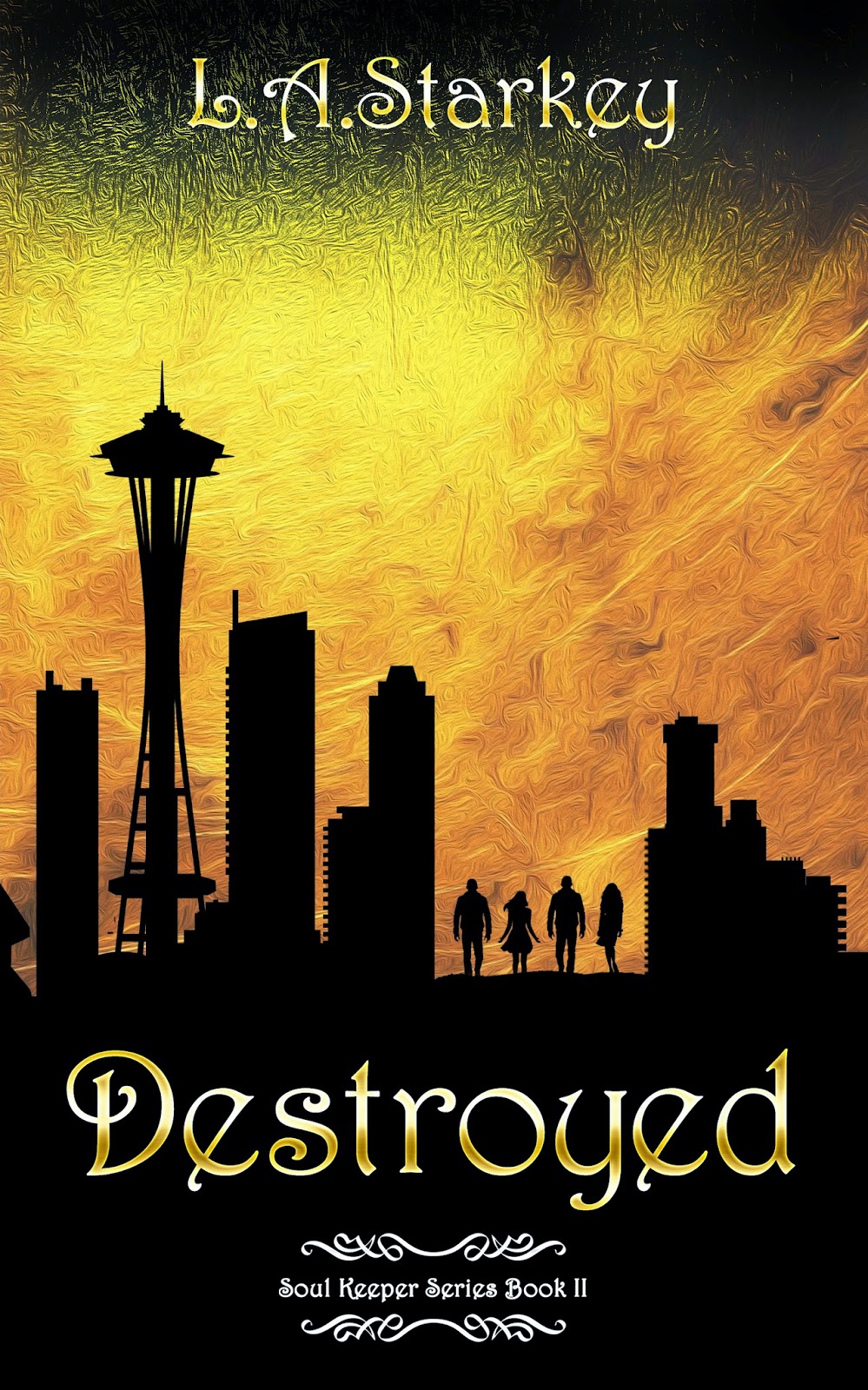 Blurb From the second book in the Soul Keeper Series…

Now I lay me down to sleep,

Whom shall I trust my soul to keep?

If I should die before I wake,

I leave to fate my soul to take.

The seal has been broken and the Soul Keeper Prophecy set in motion. Marcus and Nicolas are battling for the heart of one woman, Pandora’s only daughter; however, not everyone is playing by the rules. With interference from both sides of the lines and too many deities with hidden agendas, the trio must take matters into their own hands and look for another ending, one that removes control from fate.

Can they find the missing page from the prophecy that has the ability to change everything?

Will the new stranger they’ve been given as a guide assist or mislead them?

Will Samantha make a decision on who it is that she truly loves, saving one and destroying the other?

What if her choice is no choice at all? 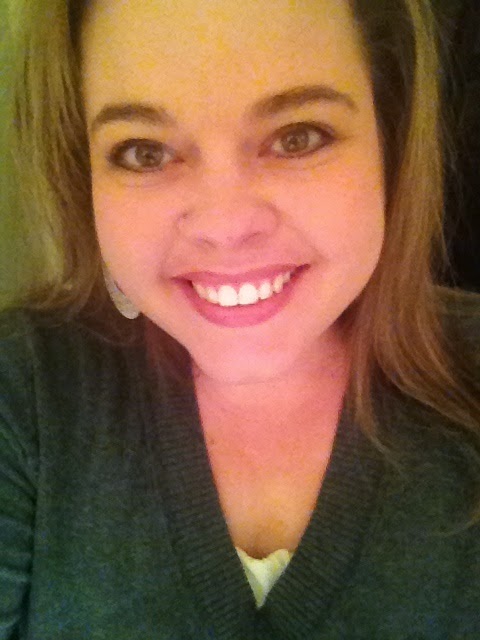 She is a CPA by trade, a church planter and entrepreneur at heart; however, writing and reading are passions she just can’t help but indulge in. With more ideas that one person should be allowed, she is blessed to have a muse that doesn’t seem to take a vacation and more energy that one might consider healthy.

11 Replies to “Deceived by L.A. Starkey”