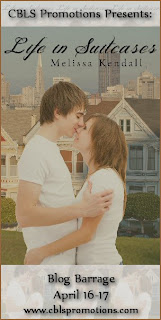 After a tragedy changes the course of Elise Morgan’s life leaving her without a family and in foster care, she meets Anthony Scott. It doesn’t take long for them to become fast friends and they do everything together. When Elise manages to get a scholarship to college and Anthony doesn’t. They find themselves separated. As the years pass, they lose touch.

Feeling restless with her life, Elise sets about trying to find what is missing in her life. After breaking up with her boyfriend she takes a trip home hoping to find a sense of peace. One hug reveals that what Elise thought she was missing wasn’t a place or a thing it was a person.

Can she find true love with the one man she thought she might never see again?

Warning: This title is intended for readers over the age of 18 as it contains adult sexual situations and/or adult language, and may be considered offensive to some readers.

At thirteen, I was too old for most people to consider adopting. No matter how hard Mary looked, she couldn’t find me a foster home. I went from having everything to having nothing. My parents weren’t well off. They were just your average middle-income family with a mortgage. Once the house was sold and all the debts were paid, I wasn’t left with much. There was just enough money to buy a second-hand car when I was old enough and two suitcases full of personal possessions, including a few photo albums. That was all my thirteen years of life added up to: two suitcases.

My first few weeks at Abbott’s were probably the worst of my life. I spent my days just going through the motions at school. At night, I would cry in bed until sleep finally claimed me. After about three weeks of feeling as if I was drowning in a never-ending pit of despair, I met Anthony. I felt the bed dip behind me one night as I was lying on my side and sobbing particularly hard. I was so upset I didn’t immediately register that it meant someone was lying with me. Then I felt an arm wrap around me and heard a soothing voice in my ear telling me everything was going to be okay.

When I woke up the following morning, I rolled over to see just who had climbed into bed with me. A skinny boy with short brown hair grinned at me.

“Anthony Scott.” He held his hand out.

“Elise Morgan,” I replied. “Thanks for last night.”

We talked for a little while longer, getting to know one another. Anthony was the same age as me, but had been at Abbott’s since he was six. His parents were drug addicts, which caused his removal from their care. After telling him how sorry I was that had happened, I explained my story. It was still so hard to talk about, but I got through it and only cried a little bit.

After that day, Anthony and I were inseparable. We were the best of friends. We did everything together. When I tried ballet, he did too, no matter how much teasing he got from the other boys. When he took up guitar, so did I, even though I sucked at it. Barely a day went by that we didn’t see or speak to each other at least a hundred times. I doubt I would have survived my teenage years if it weren’t for my best friend.

Though the days were fairly easy to survive, the nights were always tough. Curled up in bed alone, the reality would hit the hardest. Memories of families lost and dreams of what could have been plagued each of our thoughts. We spent many a night in each other’s beds providing comfort. Those were always the nights I slept best.

For five years, it was Anthony and me against the world.

All that changed senior year. Anthony and I had both been working toward Cornell. We were in all the same AP classes and had th
e same GPA. We both applied for scholarships, knowing that was the only way we’d ever get to go to college. When I got a scholarship and he didn’t, reality came crashing down around us. I told him I wasn’t going without him, that it had been our dream. Anthony, always the strong one, told me I needed to go follow my dreams, that I deserved to go to Cornell, and he wasn’t going to let me waste my one chance to get the hell out of .

After graduation, we agreed to have one last hoorah over the summer before heading off on our separate paths. We had the best time. We found a little apartment in the city. It was really only big enough for one person, but since it would just be Anthony’s apartment come fall, I didn’t mind it being a bit cramped.

We did everything we ever wanted to do together that summer. We visited museums and art galleries, rode the cable cars, and spent hours upon hours running around Fisherman’s Wharf. We even went to the beach and the zoo.

All the while, our separation loomed. It was constantly present in our thoughts, as if we knew it was going to be our last summer together. We were heading in two different directions come September and might never see one another again. 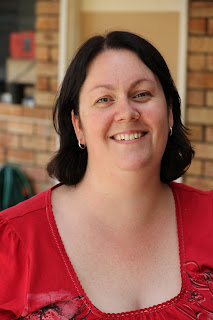 Melissa is a 37 year-old stay at home mum and part-time Software Support Consultant. She lives in Perth Western Australia the most isolated capital city in the world.

She’s always loved to read and write and spent most of her teens scribbling poetry and short stories on any scrap of paper she could get her hands on. Over the years as daily life pressures got in the way she lost the passion for it. After her son was born, she discovered online books and her interest in writing was rekindled. It has been a large part of her life ever since.

Love in a Book

One Reply to “LIFE IN SUITCASES by Melissa Kendall”